Toy Wars is a game that I wrote while at was at Uni. It was first aimed at PSP (also works on Linux and Windows) but was later ported to other platforms such as GameCube and Wii.

It is a game amed at easy porting and therefore uses cross-platform libs such as SDL and can run with as little as 24MB of RAM and a CPU clocked at around 300MHz. It uses the ODE library for realistic physics, a custom game engine that supports stencil shadows, simple custom level scripting and 3D audio effects (with a custom mixer!).

All graphics, 3D models and music are originals and inspired on Toy Commander (the Dreamcast game!).

Toy Wars has entered in the following contests: 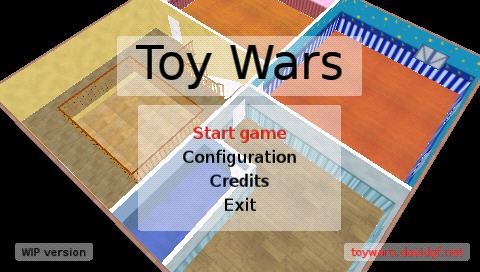 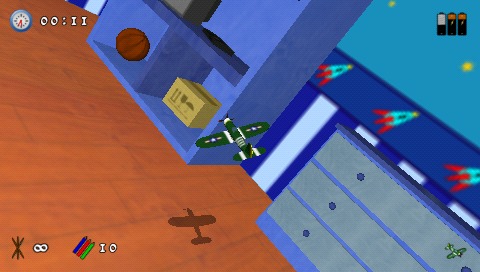 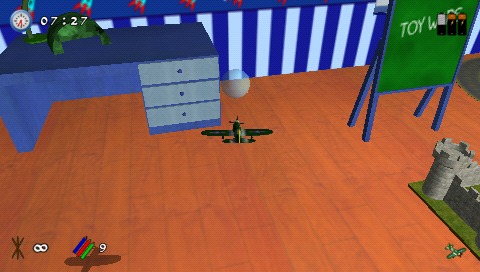 I played around with 3D glasses for a bit, using a cheap blue/red glasses: 🖼️ Picture 1 🖼️ Picture 2

Also found a very old video of the game, during early development: https://www.youtube.com/watch?v=fsmqHXh6DjA

And another video about the blind Wii development (cause I did not have a Wii so that was my debug info): 🎥️ Video

While browsing on my computer I came across some old backups from 2009/10 that show the very early stages of the game. I managed to record a video on the prebuild Linux 32bit executable it shipped: 🎥️ 2009 ToyWars video🎥️ 2010 ToyWars video

Since I managed to get my hands on two prebuilt early PSP releases, here they go, for posterity: Download EBOOTs.