This little project started before the CD emulation and shares the 99% of the code. Only differs in some SCSI commands. Therefore I’ll only explain some differences between the projects. 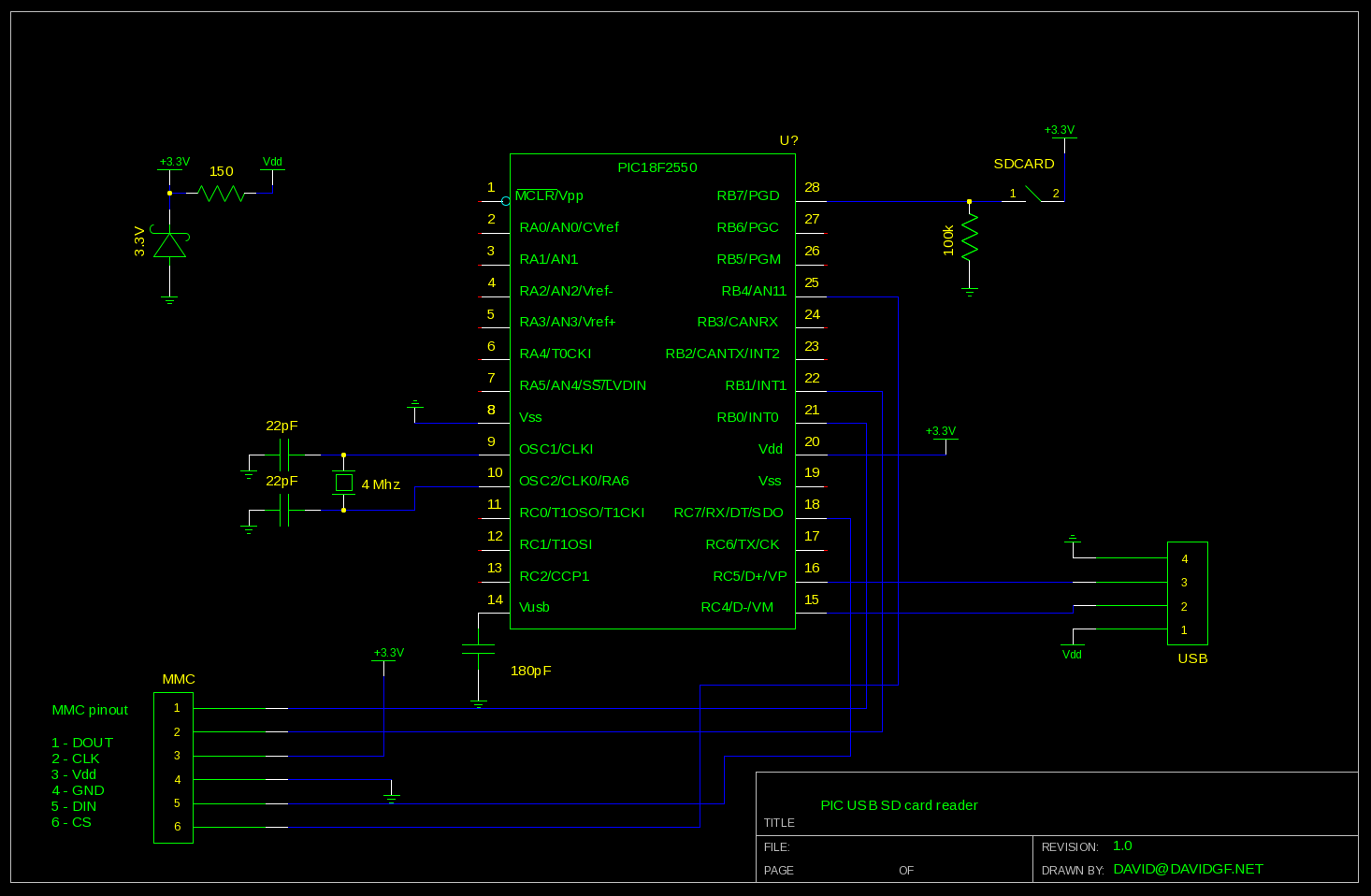 The device is capable of booting from BIOS (tested with a Phoenix laptop and a AMI desktop computer). It works well with Linux and Windows (XP and 7 tested) and allows hot extraction of the media. This feature however has a problem that needs some fixing which consists in a device hang when the device is extracted in the middle of a block read o write. The SD code needs some rewriting supporting return values (success or error) and timeout support.]

I couldn’t manage to write anything on the card, but given that I’m using the same SD code used in the audio recorder project I must presume that it’s an electric problem (I think that the voltage was too low, I was using 2.5V aprox. with the diode rectifier).

Although those known issues (which on the other hand are easy to solve) the device works great and the device features a nice speed (about 90KB/s) without using any tricks. The device could be improved by the use of ping-pong buffers feature provided by the PIC MCU, but that would require a complete rework on the USB modules.

The code can be easily adapted to read/write any media if you know what you are doing. For example EEPROMs, flash memories, etc. I’ll try to use a SST flash memory I’ve just received. This is a simple way to write and read permanent memory media. I’m planing an ATA interface, I already have the circuit soldered but the ATA modules fail to read any disk sector.

Now time for some images: 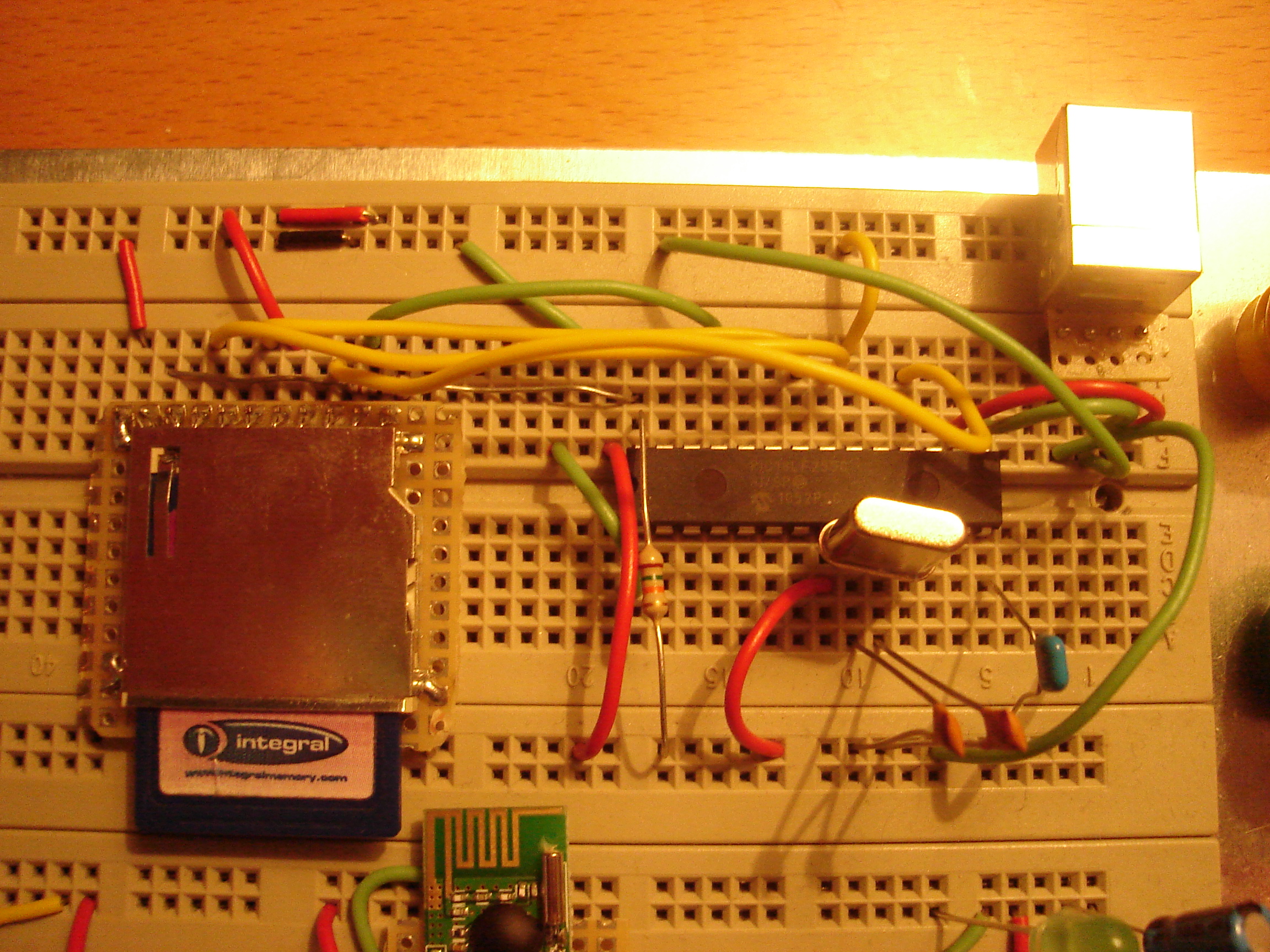